R.M. Renfield is Dracula's loyal confidante. He was the keeper of Dracula's secrets and the stabilizing force that allowed the latter's two personas to co-exist.

Renfield was tested by a white abolitionist and permitted to pass the Missouri bar. However, when sent out on an assignment by the St Louis firm that employed him, Renfield was set upon by ruffians and imprisoned for the "crime" of defending himself, the firm washing their hands of him (Renfield subsequently speculated that was their goal all along).

Renfield and Dracula first met when Dracula was attempting to purchase controlling interest in a mine that would play an important part in his later plans. Serving as a bartender on the train where Dracula met the mine's previous owner, Renfield offered Dracula valuable insight into the value of making such a purchase, only to be attacked by the mine-owner's bodyguards. In response, Dracula brutally slaughtered the guards and arranged for Renfield to get medical attention. Dracula hired Renfield as a lawyer because he both recognised Renfield's skill and sympathised with him for their mutual status as outcasts among "polite" society, telling Renfield his secrets after Renfield informed him that he could only work for a man who trusted him completely. As a result, Renfield is fully aware of his master's vampiric nature and history.

In "The Blood Is the Life", Renfield is introduced when preparing Dracula for his public debut in England as Alexander Grayson.

Renfield is a well-educated, strong-willed and well-spoken man.

Renfield is very loyal to Dracula and willing to serve as a sounding-board for Dracula's thoughts; it has been stated that Renfield would die before betraying Dracula regardless of the amount of torture he was subjected to. Dracula in return has shown a surprising degree of courtesy to Renfield, tolerating Renfield questioning his motives and politely responding to Renfield's inquiries. 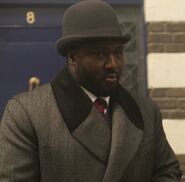 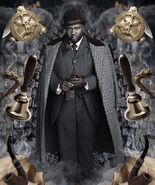